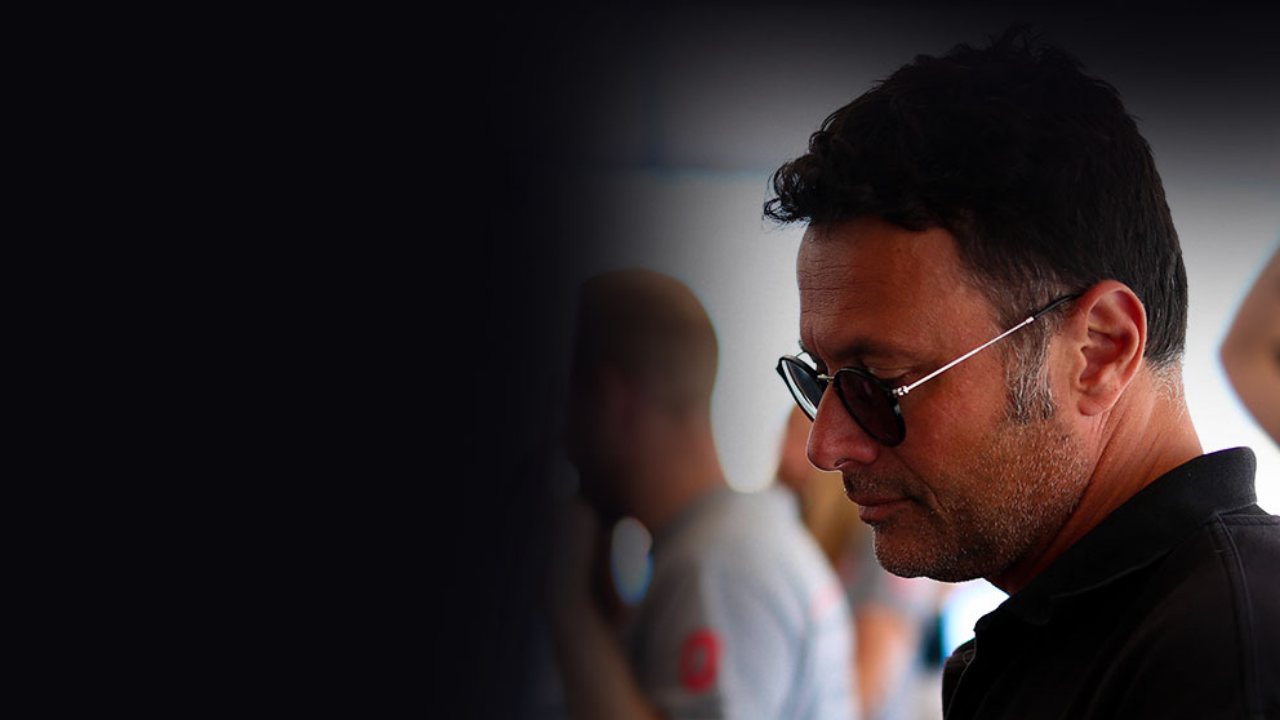 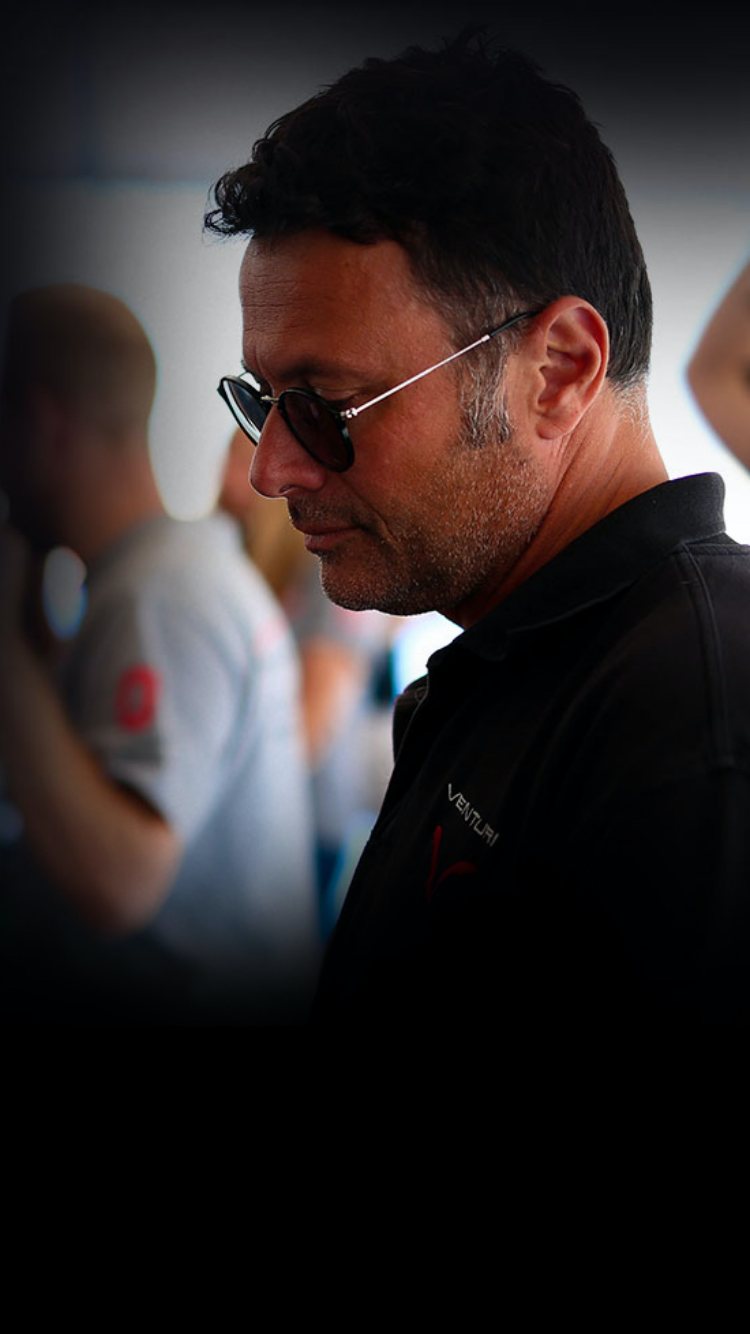 A passionate entrepreneur, Gildo Pallanca Pastor is at the head of several companies based in Monaco and throughout the world. Innovation, technology and challenges are at the core of his career path and projects.

My passion is turning impossible dreams into reality.
I love projects that are extraordinary, unthinkable, improbable.

Some might call me crazy. I would say I'm a man trying to change the world, to revolutionise the way people think.
But mainly I'm a provocateur, a dreamer, an enthusiast.

After getting his A-levels in Mathematics, he left the Principality to study law in France and economics in Italy. A few years later, he completed his university education at Massachusetts Institute of Technology (MIT).

Aged 18, Gildo Pastor started a business specialised in renovating apartments, but was forced to register it in his parents' name, as he was below the legal age required to create a company at the time.

At 18, I already felt a powerful desire to go out into the world. That first experience was not just an economic adventure, it was also about family independence.

At just 21 years of age, he oversaw the construction of the Gildo Pastor Center, which to this day remains Monaco's largest office block. The 90,000 m2 building was built in honour of his grandfather.

My grandfather was a very intelligent person, but also very endearing. A true visionary and a tireless worker. He has always been an example to me.

Heralding the "business angels" movement in Europe, Gildo Pastor invested in around twenty different companies he saw as innovative, based in Monaco or abroad, and mostly in the automotive or environmental sectors.

Keen to promote the Principality on the airwaves, he founded Radio MC One (now Radio Monaco) in the late 90s. Broadcasting from Bordighera to Saint-Tropez (FM broadcasting) and from Monaco and Paris (Digital Audio Broadcasting), Radio Monaco is an innovative station that plays mainly electro-pop music. In May 2020, the online radio station 'Radio Monaco - Made in New York' was created, building a musical bridge between Monaco, France and New York.

Gildo Pastor took a gamble, going into the brewing business with a traditional-style beer made in Monaco. Creating the Brasserie de Monaco, he successfully revived a lost tradition, following in the footsteps of the Principality's first ever brewery, which was opened by Prince Albert I in 1905, on the site now occupied by the Gildo Pastor Center. Based at Port Hercule, the Brasserie has become an institution for fans of local cuisine and after work drinks. 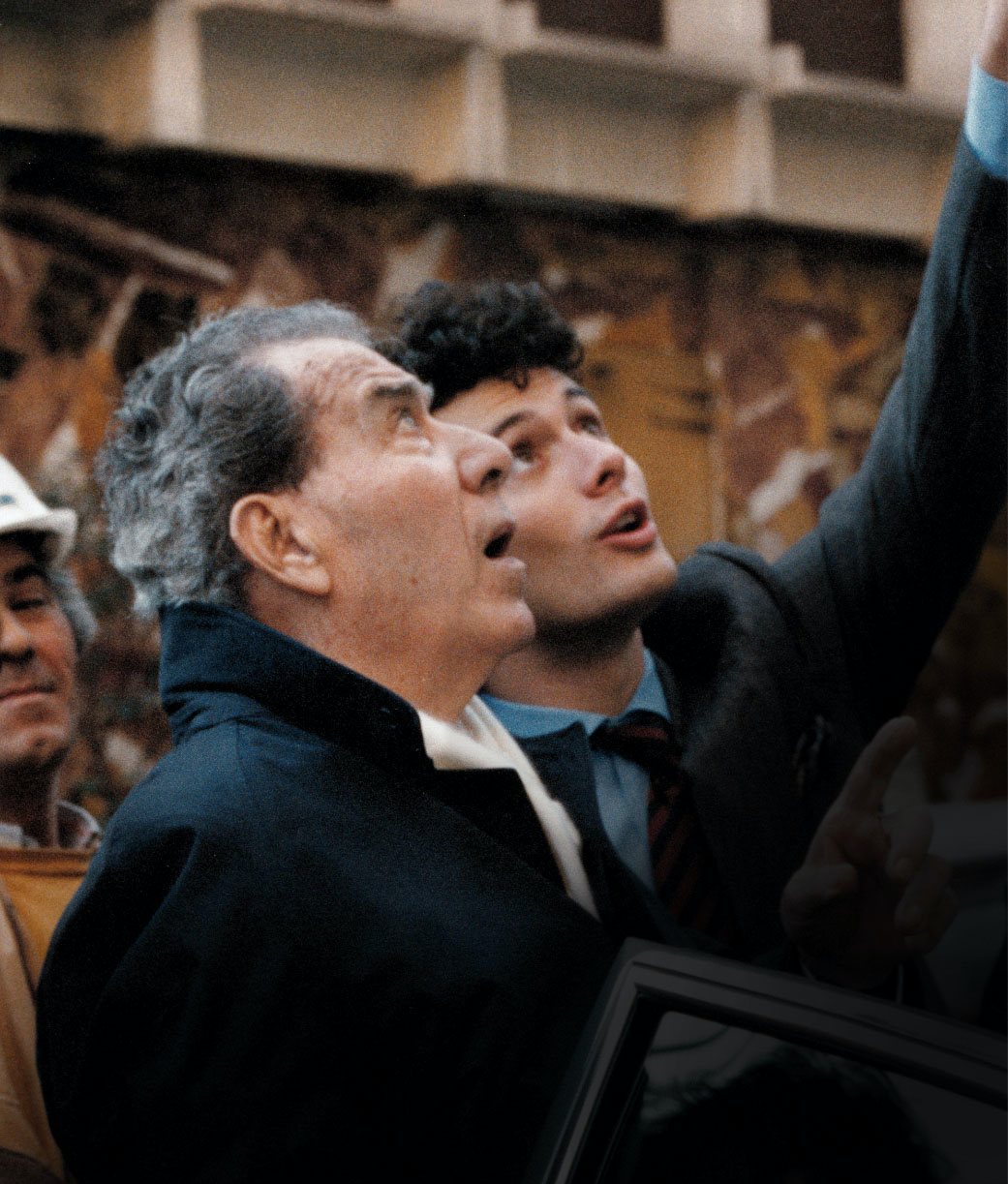 A motor sports fan since childhood, Gildo Pallanca Pastor raced competitively for the first time at the wheel of a Renault 5 Turbo 2, aged 20. He took part in many races all over the world, in various series: Volant Elf, Rally-raid, Porsche Supercup, Renault Europa Cup, Paris-Dakar or the 24 Hours of Daytona…

At the wheel of a Bugatti EB110 Super Sport, he set a world speed record driving on ice in Finland, reaching a top speed of 315 km/h and an average speed of 296 km/h.

My Bugatti was only fitted with standard tracked tyres, no studs. When I hit the speed of 296 km/h on a 7 km frozen lake, I couldn't believe it. I was so happy.

Gildo Pallanca Pastor bought Venturi, a French constructor specialising in sports cars, founded in 1984 by Claude Poiraud and Gérard Godefroy, and aimed to turn the company into an electric automotive pioneer.

I always had it in my mind to build an electric car. Racing against Venturi, I saw plenty of interesting things, but the 'force of innovation' was missing.

Venturi unveiled its all-new Fétish, the world's first electric sports car. It was followed by four concept cars: the Volage, the America, the Eclectic and the Astrolab.

While electric cars were finally becoming more mainstream, electric motorcycles were still very much in their infancy. Gildo Pallanca Pastor saw a unique opportunity, and in 2010 bought the French motorcycle constructor Voxan, which had gone into liquidation.

Mobility in town means two wheels, three wheels, and four wheels. At Venturi, we're just as interested in sports cars as we are in delivery vehicles.

The Venturi Antarctica is formally presented to H.S.H. Prince Albert II of Monaco, before being deployed at the Princess Elisabeth Antarctic research station. The world’s first ever electric polar exploration vehicle, Antarctica is a unique machine that will enable scientists to reach research sites without polluting their working environment. 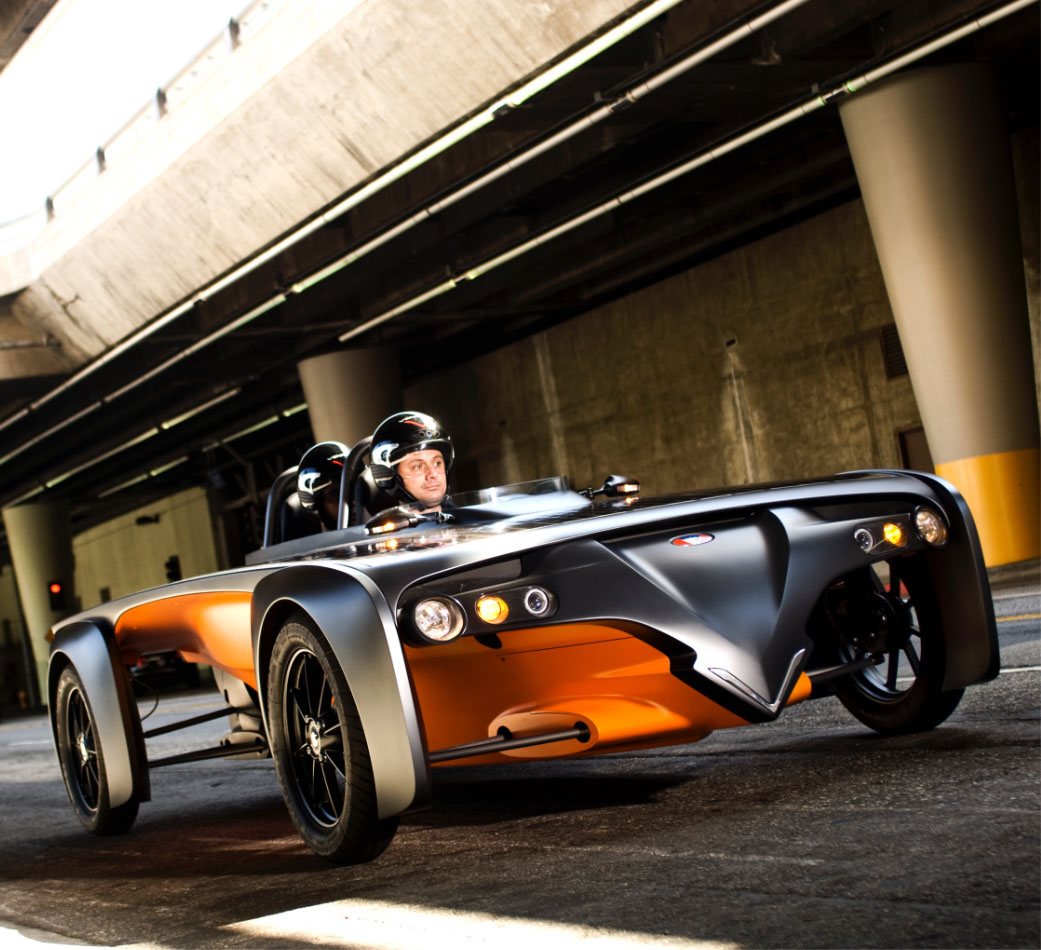 Gildo Pallanca Pastor created his own team to compete in Formula E, the FIA world championship for electric single-seater cars. The team immediately became the championship's official constructor in 2014, and is now competing for the seventh successive season, under the name ROKiT Venturi Racing.

In March 2019, the Antarctica developed by Venturi undergoes initial real-world testing in Canada, in temperatures similar to those found at the South Pole. H.S.H. Prince Albert II of Monaco takes the controls of the vehicle to navigate a 42-kilometre mountainside route between Dease Lake and Telegraph Creek, on the lands of the Tahltan people.

The Voxan Wattman remains the fastest electric motorcycle in the world. With a speed of 456 km/h (283 mph), Max Biaggi and the Voxan Wattman broke 21 world speed records. 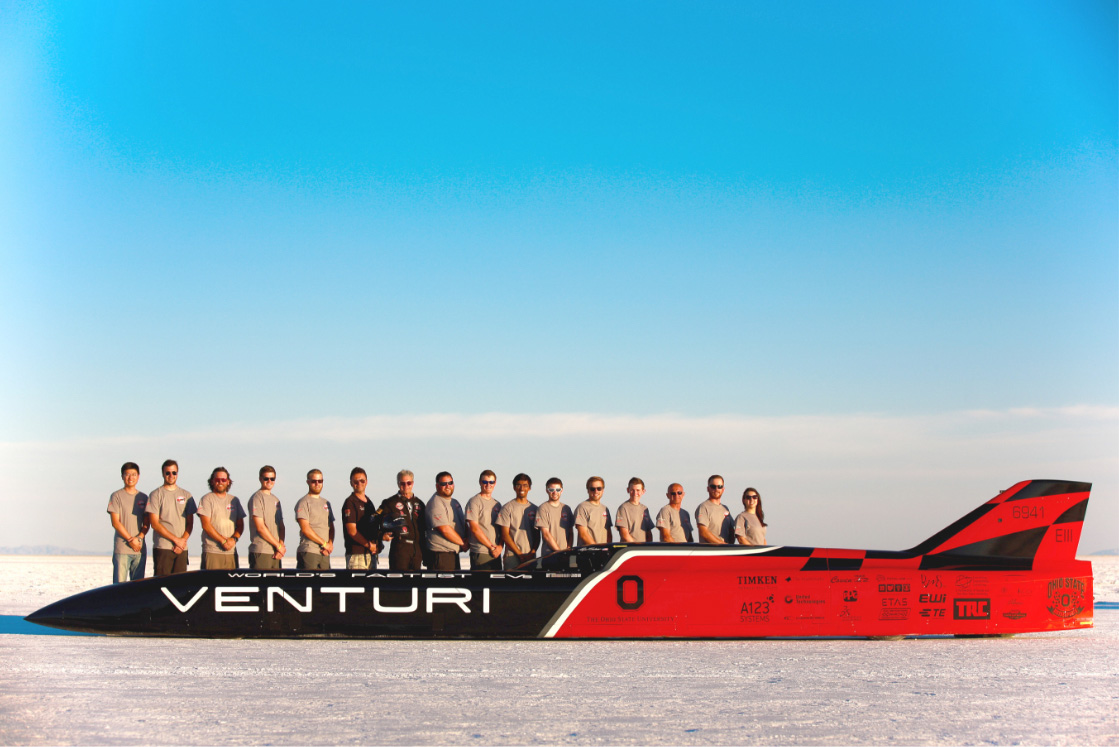 Until 2015, Gildo Pallanca Pastor was President of the Environment and Sustainable Development section at the Economic and Social Council of Monaco

He was made a Knight of the Order of Saint Charles by Prince Albert II of Monaco, in recognition of his services to the Principality and the Princely Family.

Gildo Pastor was made a Knight of the Legion of Honour (Légion d’honneur) by Jean Todt, President of the FIA.

He was named Honorary Consul of Malaysia in Monaco. 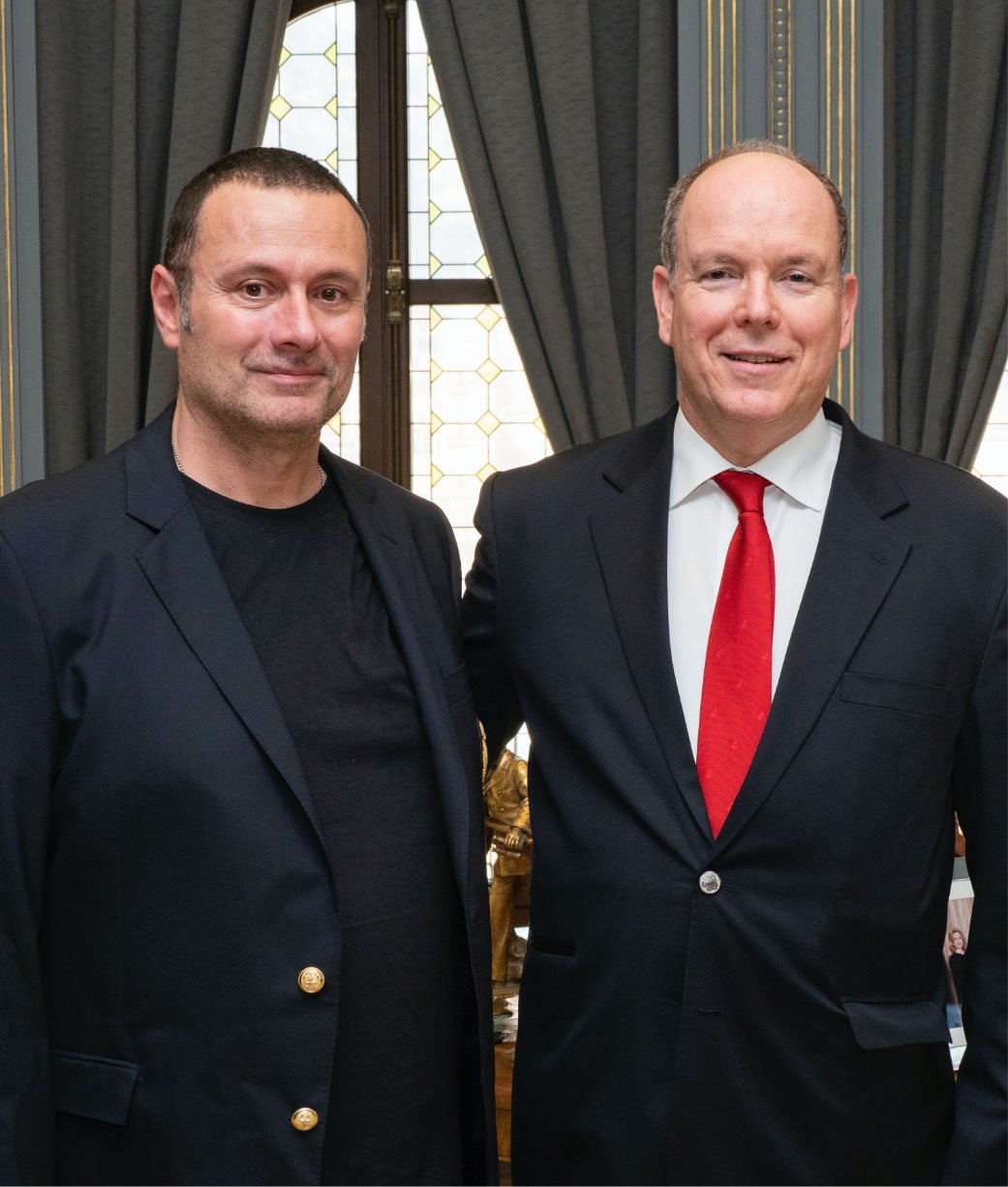 PASTOR S.A.M. processes the data collected to ensure users’ browsing on the Site and the processing of their contact requests as well as communication on its products and services. To find out more about the management of your personal data and to exercise your rights, you may refer to the privacy policy accessible at the following address: https://www.gildo.com/en/privacy-policy/

The information collected through the contact form is recorded in a computerized file by PASTOR S.A.M., 7 rue du Gabian 98000 Monaco. The legal basis for processing is user consent. Data marked with an asterisk in the contact form must be provided.